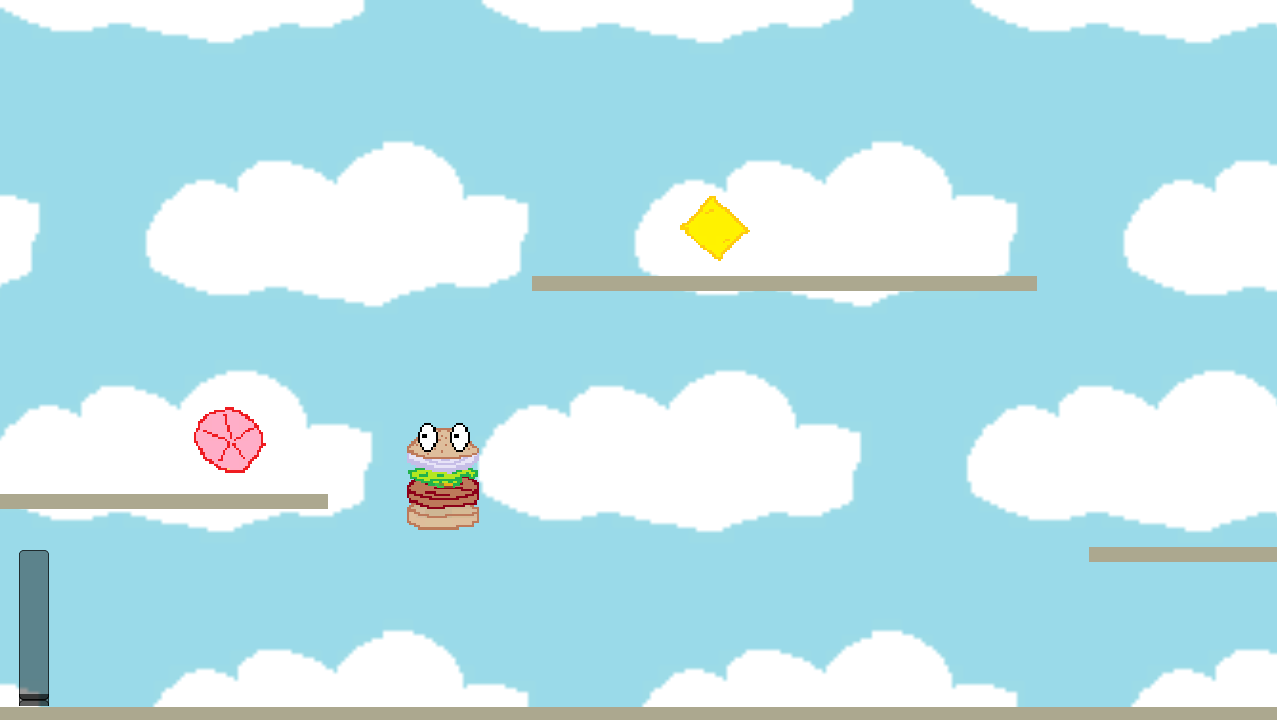 This was a little prototype I came up with loosely inspired by Burgie from the Game Grumps. It was just a thing I thought up and worked on for a few days with my own time.

I came up with the idea of hopping around as a couple hamburger buns and needing to collect the rest of your burger parts to win. I made the mechanics of jumping and collecting your burger parts, but I didn’t get around to fleshing out a whole game around it. If I was to push it further I would want to work with a game/level designer to make something really fun out of it and deploy it for mobile. For now it’s a fun proof-of-concept. I was thinking about making condiments into power-ups, like ketchup could be a jet pack, but you will use it up and run out if you aren’t careful.

The fun part of this was making the jump animation feel nice. There’s no imported animations going on, everything is dynamically animated based on how high you jump and how many hamburger parts you have. I made good use of Animation Curves to get a smooth parabolic feel to the jump animations.

Also, the burger parts will stack up in the order you collect them. It’s not a particularly impressive feature but for some reason it makes me really happy.

You can check it out at the link below. Left and right changes direction, and you hold space bar to charge up a jump.